How To Keep Chickens Safe From Foxes

If you are going to keep chickens you need to know that foxes are by far the biggest threat that they will face which is why preparation is the key.

You only have to Google ‘foxes and chickens’ to come across hundreds of articles, forum posts and blog comments of people …and Royalty ,who have lost their chickens to a fox. 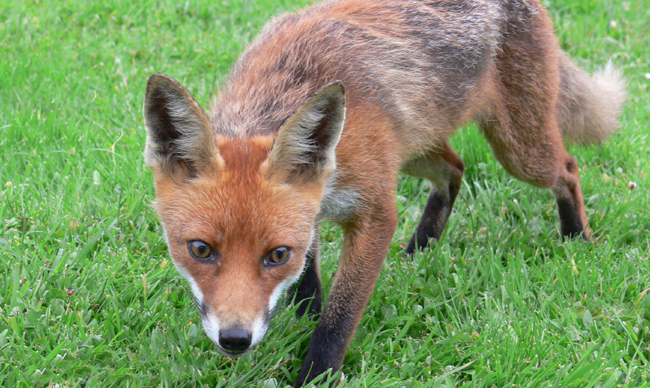 Foxes are extremely cunning and effective predators and despite popular belief can strike at any time of the day or night.

They do not kill your chickens out of spite or because of some perverse ‘bloodlust’ - they are just wild animals, hunting to feed themselves and their families and are a slave to their instincts.

In my opinion many people are way too complacent when it comes to keeping their chickens safe and wrongly presume that just because they have a chicken coop that this is all they need to do. 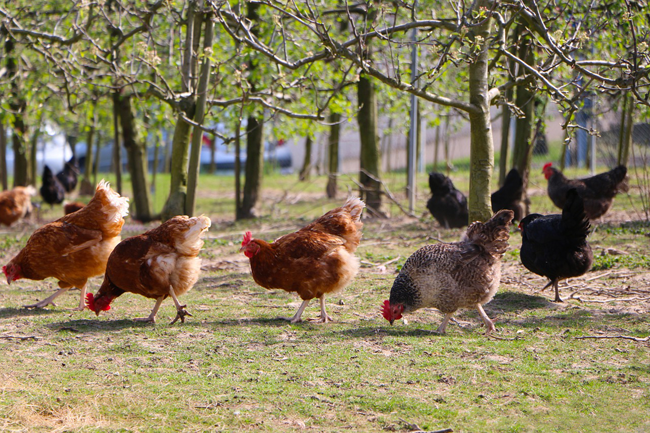 If you are going to keep chickens, be it in an urban garden or a country field, then you need to accept that foxes are a common problem that all chicken owners face and you need to take some of the following steps to safeguard your hens or risk losing them.

The 5 Things You Can Do To Deter Foxes.

There are a range of things you can do to greatly reduce the chances of a fox attacking and killing your chickens.

“Prevention is the best cure” and by this I mean preventing foxes from getting near your hens in the first place.

They typically work by mimicking certain odours that lead a fox to believe that another animal has taken over its territory and their instinct to avoid confrontation usually results in them moving on somewhere else. 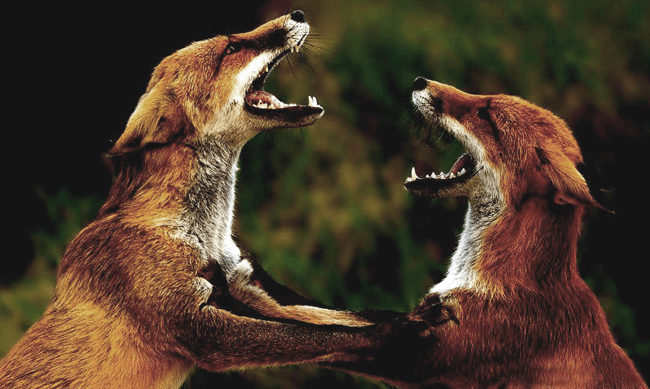 It is a cheap and reasonably effective solution for keeping foxes out of your garden and away from your chickens.

You will need to be a little more hands-on as they need to be applied fairly regularly to work effectively.

One of the most popular and best-selling scent based deterrents in the UK is a product called Scoot’.

Recommended by The Fox Project it is quick and simple to use and just requires you to dissolve one of the sachets of powder in water and then spread it around your garden with a watering can.

Another effective and recommended option is to target a fox’s acute sense of hearing.

For this you will need an ultrasonic device that unleashes a very high-pitched burst of noise that scares the fox. The sound is not audible to human ears but is very effective in startling the fox. Every time the fox crosses the motion sensor, the ultrasonic device is triggered.

While these devices can come with a slightly higher price tag than scent deterrents they can be quite effective at keeping foxes away from your chickens and once set up require minimal ongoing effort from you.

Designed to operate day and night, in rain or shine, is easy to set up and runs off just 1 x 9 volt battery

. The noise it gives off is inaudible to humans and has a detection range of around 10 metres.

By placing a few of them close to your coop you in effect create an invisible, inaudible defensive perimeter. Just remember to check the batteries every now and then!

If you couple this with a scent deterrent like Scoot then you have a quick, effective and relatively cheap dual sense deterrent.

There are other motion activated devices available that use a jet of water as a effective form of scare tactic.

if you want to go down the water route.

One of your best options and something I myself have done is to build a large fox proof enclosure.

It doesn’t have to be a major time consuming construction project. My enclosure took me one trip to B and Q and a few hours on a Saturday afternoon. 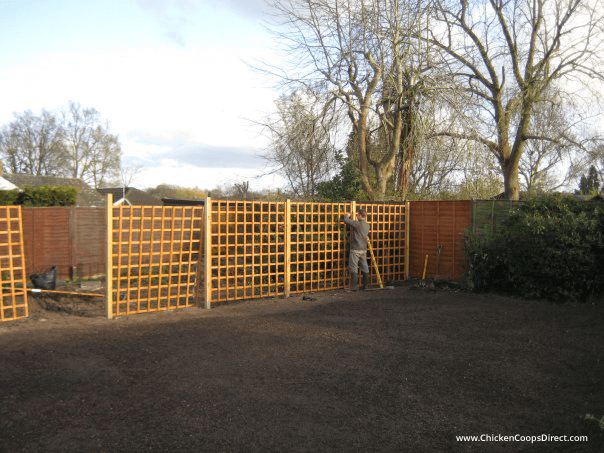 I have my coop and run inside a corner of my veggie patch. Two sides are formed by our boundary fence and I’ve used a few 6ft by 6ft trellis panels and a few 2 by 4 wooden posts to complete the square enclosure.

Around the base of the trellis I have tacked on some heavy duty chicken wire to stop any possibility of a fox getting through the small gaps in the trellis work, or our chickens getting out!

(spiky strips) to the top of the fences especially if your neighbours shed is nearby. I’ve seen foxes gain entry to a friend’s garden by climbing up onto a neighbour‘s shed.

Another important factor to remember is that foxes will dig as well as climb.

So to prevent this, the bottom of a poultry fence should have the wire buried at least 10 to 12 inches in the ground and then turned outwards by about 8. 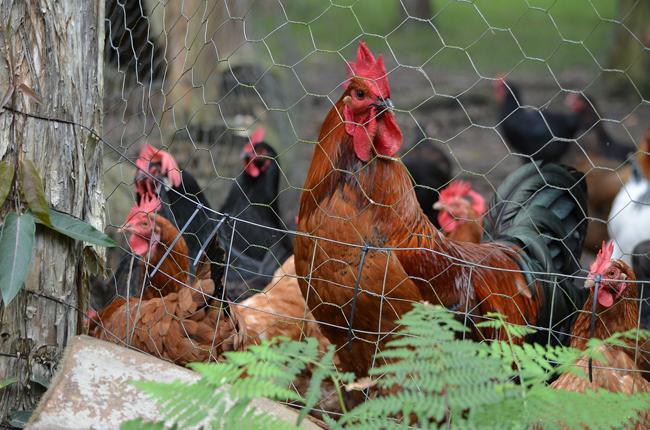 Ideally you should also put rubble or old bricks on top of the turned out wire before covering it back over with soil.

You'll also want to make sure that the chicken wire you use is of a good quality with a thick gauge as foxes can chew through thin wire.

According to research by The Fox Project’s director Trevor Williams and former fox researcher Andy Wilson some 75% of fox earths in London are located under garden sheds, with other favourite places being in bramble patches, under building foundations or in disused buildings.

They also note that an adult fox can easily get through a hole 12cm (5 in.) in diameter.

If you are keeping chickens in your back garden then take a closer look around for any signs of foxes, make sure that any old fox holes are blocked and that animals can’t get under sheds or decking to build dens.

Also keep an eye out for any well warn paths or places where a fox can gain entry to your property and do you best to block these up using chicken wire or rubble or whatever you have handy.

If you have a pet dog and they have an outdoor kennel then you might want to consider placing your coop nearby as their presence may deter a fox. This is presuming that you keep a large breed and that aren’t equally interested in getting hold of your hens.

If you have purchased one of our chicken coops then you'll know that they come with removable nesting box floors and pull out trays. 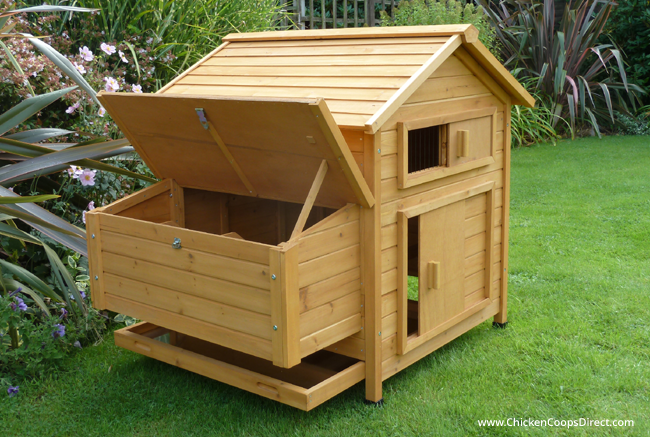 This makes life easy when it comes to cleaning out your coop but if you have foxes in your area you may want to screw down the removable floors of the nesting box as a fox can gain access by pushing the nesting box floors upwards.

Also bear in mind that the pull out tray of your coop rests on runners so if a fox was to get underneath it then they might be able to push the tray upwards or even pull it out and gain access to the coop this way.

This unfortunately happened to one of our customers a while back. They had raised their coop up on bricks so it was easier for them to access but at the same time it made it much easier for the fox to get underneath the pull out tray and push upwards – so just be weary of
this.

I’d also recommend that you add extra locks to the nesting box lid and make sure that your hens are securely locked away at night if you have foxes that frequent the area. 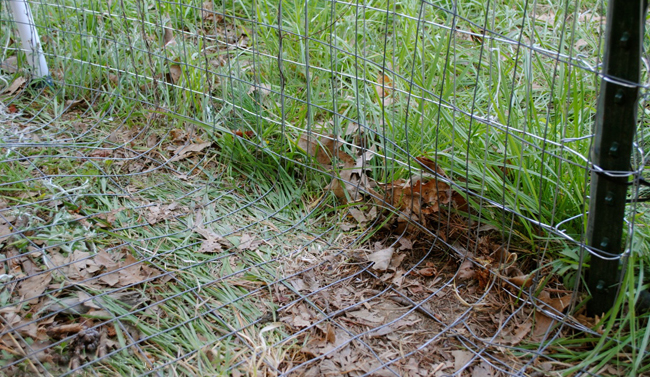 If you have a coop with a run then it would be advisable to place something heavy like paver's around the perimeter of the run to prevent a fox from digging in under the side of the runs.

You could also add a wire skirting but you'd need to make sure that it is kept in place by long sturdy tent pegs.

This is by far the most effective way to keep your chickens safe from foxes and more and more people are turning to electric fencing in order to offer their hens the highest level of safety.

If you have a problem with foxes in your area then this is my recommend and preferred method. 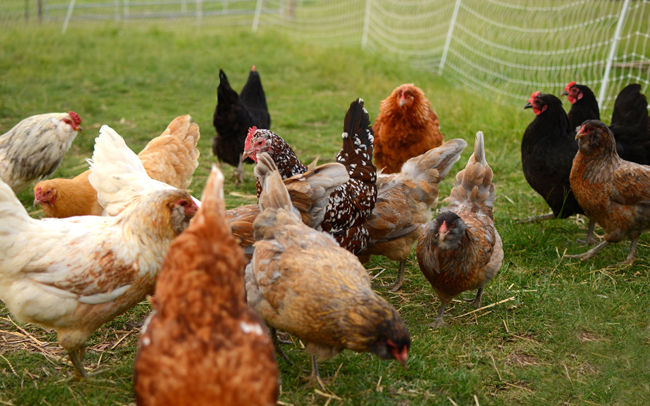 Contrary to popular belief, it’s neither cruel nor dangerous for a fox (or your chickens) as it provides a short, sharp, harmless shock to the inquisitive nose of the intruder which will deter predators and keep your chickens where you want them.

Studies have shown that a single shock is all that is needed for it to act as a psychological barrier and that it is very unlikely that once shocked a fox will try to dig under or jump over a fence, even if they can easily clear the top of it (such as with electric poultry netting which is only one metre high) so it’s probably the most effective way to protect poultry.

We offer Hotline’s poultry netting kits at some of the lowest online prices.

You may feel that you don’t have a problem with foxes in your area and that your chickens will be perfectly safe.

But remember that a lot of people that have lost their chickens most likely thought the same.

Even if you think you don’t have any issues with foxes I still recommend that you take some of these added precautions outlined in this article.

Don’t forget that at the end of the day YOU are the one responsible for the welfare of your chickens and the onus is on you to take all the precautions necessary to keep your chickens safe.

Do you have any tips for keeping your chickens safe from predators? If so.... Leave your Comment

What about human urine as a form of "scent detterrent". I've read that you should take a wee near your coop as foxes as scared of human and will keep away. Thanks for the info by the way. I always enjoy all the help articles you have sent - Joan .

Some people swear by it but I have my doubts on whether or not this has any positive effective in deterring a fox so I wouldn’t recommend this as your only form deterrent- Mike from ChickenCoopsdirect.com

I lost my flock of 4 to a fox years ago. It all happend in broad daylight while I was at home although I didn't witness it. The fox killed them all and just left them strewn around the garden. Next dawn, he came slinking back looking for them. Wretched thief. It took me a bit of time before I got some more. I'm glad I didn. This time we don't take any chances - they free range behind 50m of electified poultry netting. - Jane Rose

Loosing your hens can be an absolutely terrible experience, like loosing a much loved pet. Thanks for sharing Jane. I'm gald to hear you weren't deterred - Mike from ChickenCoopsdirect.com

Just finished reading all the very,well set out informative information in your beginners guide. Have made notes in my hen note book ready for the hens I'm getting. The coop is ordered, the run is prepared, can't wait. - Anneliese Hatfield

Your email address will not be published*